An axial fan is a fan that forces the extracted air to move parallel to the axis of rotation of the blades. A centrifugal fan draws air into the fan inlet at right angles and rotates the air outward to the outlet through deflection and centrifugal force.

1. What is a centrifugal fan?

1. What is a centrifugal fan?

Centrifugal fans are also sometimes called radial fans or centrifugal blowers. They have a motor-driven hub that contains impellers that discharge air into the fan housing, which then directs it to the outlet. The centrifugal fan exhausts air at a 90-degree angle (vertical) to the air intake.

Centrifugal fans primarily pressurize the air within the blower housing. Compared to axial fans, they produce a steady, high-pressure airflow, but they move less air. They can be equipped with forward or backward curved impellers for blowing or suction. Centrifugal fans move air out of the fairing, allowing it to target specific areas to better cool specific parts of electronic applications that generate more heat. Like axial fans, they also come in AC and DC powered models, depending on the application, but centrifugal fans generally require more power to operate than axial fans. Both centrifugal blowers and axial fans produce audible and electromagnetic noise, but centrifugal fans are a bit louder than axial fans. Since both fan designs use motors, EMI effects from either can affect system performance in sensitive applications.

Like axial fans, centrifugal blowers come in many different sizes, speeds, and footprints. They are designed with housings around moving parts that are reliable, durable and less prone to damage.

The combination of high pressure and low air volume delivery makes centrifugal fans ideal for moving air through concentrated areas such as ductwork or ducts, or for exhaust or ventilation purposes. 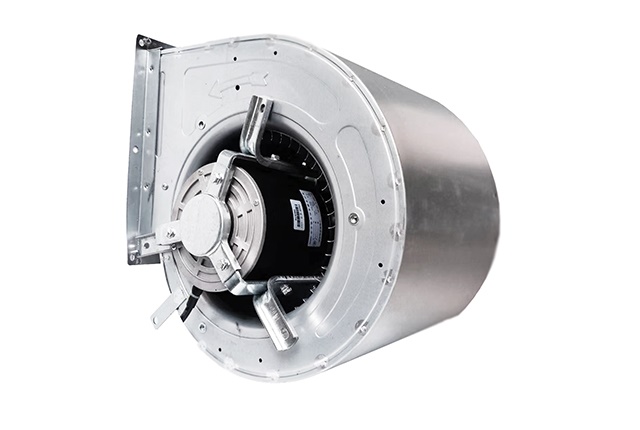 Given the reliability and durability of their design, centrifugal fans can perform well in many applications that operate in harsh and dirty environments with particulates, hot air, and gases. Since they are often used with ductwork or ducts, they work well in air conditioning or drying systems, even at a smaller system level. For electronics, centrifugal fans are often found in small devices like laptops because of how air exits the air intake at a 90-degree angle, resulting in higher directivity. 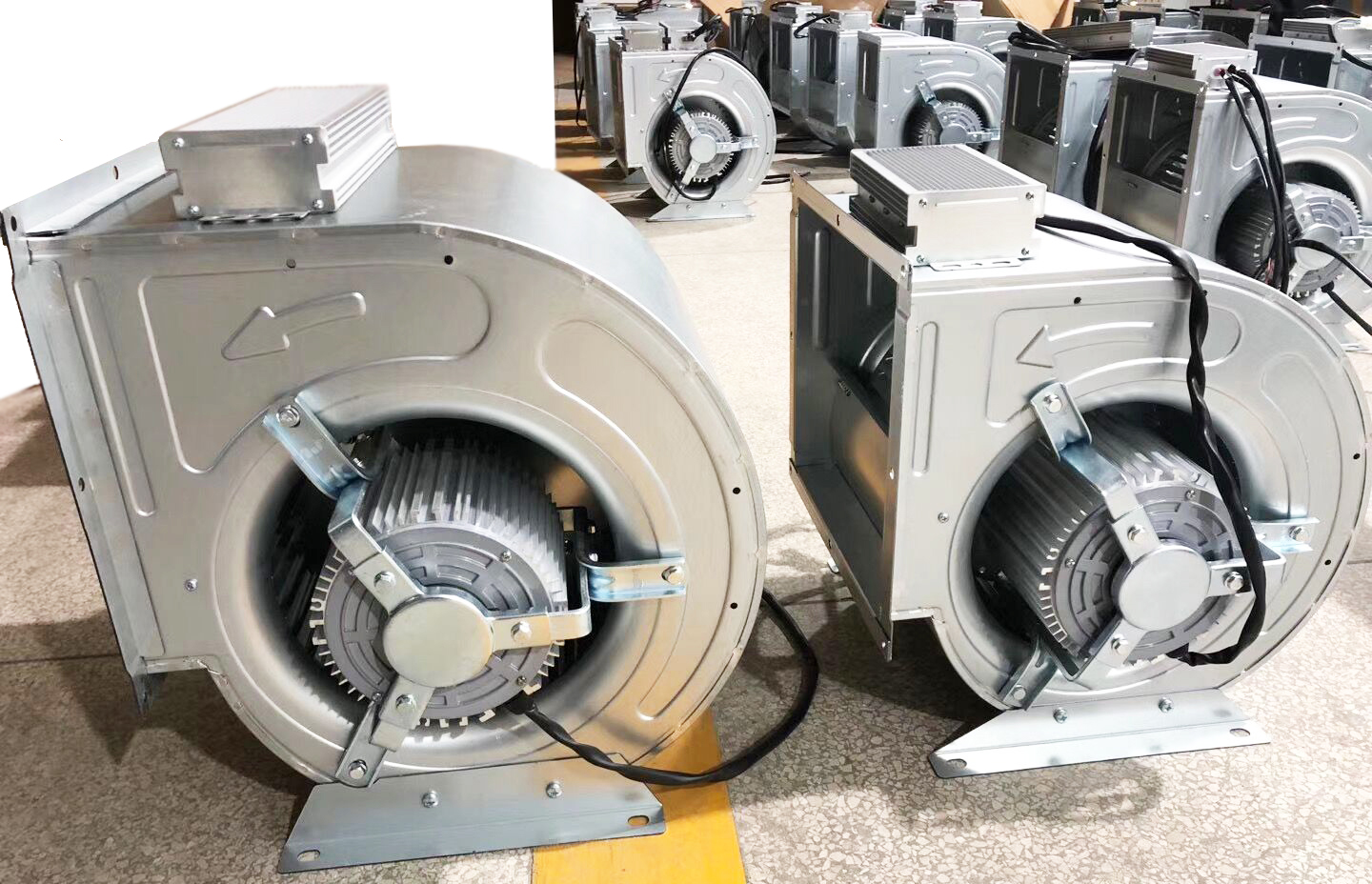 Any running fan will produce audible noise and may be a design consideration, depending on the end use. Noise varies by application, location in the system, density of components, amount of air moving, size of fan, type of bearings used, etc. Bearings in fans not only affect the acoustics, but also the service life and possible applications. Acoustic noise can often be mitigated with better fan placement, mechanical isolation, or the use of intake grilles or exhaust diffusers. Generally, the higher the CFM or the amount of air moved, the louder the noise. However, larger fans tend to be quieter moving the same CFM as smaller fans.

For systems that generate heat, especially those of an electronic nature, thermal management considerations should be reviewed early in the design phase. This is consistent with time- and cost-saving initiatives aimed at avoiding redesigns. Considering thermal considerations can also be particularly useful, as additional heat may be generated by component improvements planned throughout the life of a product or system.

Using an axial fan or a centrifugal fan as a cooling solution can depend on a variety of factors, depending on the pros and cons of each fan design and your system needs. Here is a brief summary of their main characteristics:

Please share your Whatsapp No., if possible.
Mail of most customers are returned for first sending. And there is no other way to contact with you.

Be the first to know about our latest products.